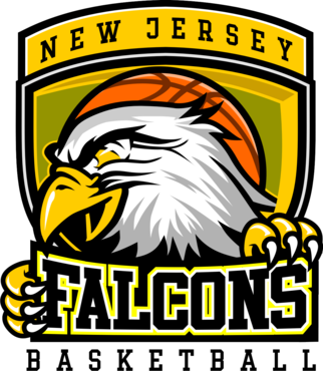 Central Jersey Basketball is the proud founder of the New Jersey Falcons. The NJ Falcons is a developmental basketball program. NJ Falcons teams will be coached by experienced basketball coaches (not parents). Once a player is selected to a NJ Falcons team, that player can continue to renew their spot on the team each season.  It is our goal to keep teams together for years so they can grow and improve as a team. The CJB coaches will attempt to evenly distribute the talent across all teams within each age group, but due to the fact that certain teams will have more returning players, not all teams in each age group are guaranteed to be at the same level.

Youth Basketball Players of ALL Levels are Invited to Play!

The CJB coaching staff will place every player at the Evaluations onto a NJ Falcons team!

Price: $305 per player including uniform, $245 for returning players

In order to secure your spot on a team, you must register and pay in full before you leave evalautaio night

LOCATION:  All practices will be in Marlboro, and league games will be in Marlboro or other Eastern locations. We will do our best to schedule as many MJBL games in the Eastern locations, but the game schedule depends on the other teams in each division. Our first priority is to create good matchups for each team. When we make the schedule, we would rather schedule a game at Monroe Sports Center against a team at the same level than schedule a game in the East against a team that would likely result in a blowout.

DAYS/TIMES: Each NJ Falcons Team will practice the same day and time each week.  Please let us know about any scheduling requests or conflicts when you register.  Teams will play approximately one game a week. Games can be played on weeknights or weekends, and may be played in an Eastern location or at Monroe Sports Center.

Scheduling and Teammate Requests will be accepted.

Stay in touch and visit us on: